or  use  Advanced Search
Shop by
Menu

About the Rubin family 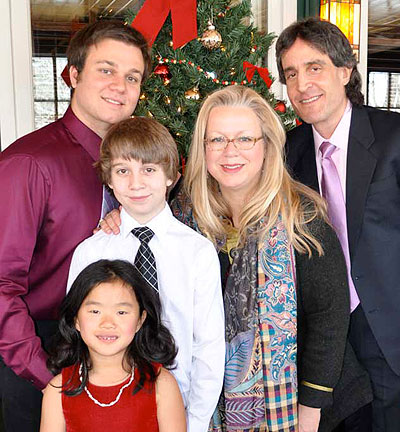 Luana has had a long varied career in art, design and retail. Her eye for color and design was recognized when she graduated in 1981 from the Fashion Institute of Design in Los Angeles under full scholarship. Her first design job was designing silk textiles and dresses, which took her to Hong Kong. There she took a design position with an international company that began a career in import design. She lived in Hong Kong, traveling to 10 Asian countries and hundreds of textile and garment factories, for her design work. Later she moved to New York and worked on 7th Avenue as an import design specialist, designing textiles, sweaters, and high-end contemporary ladies wear while traveling to Asia and Europe.

Then she opened 2 retail stores in the East Village: "Vortex" - a bookstore which also carried her jewelry designs, and "Vortex Gallery" with artwork and large decorator-size crystal formations. During this time she traveled to South America and Europe, visiting mines and purchasing gemstones and crystals for the jewelry and gallery.

After her first baby, she moved back to Boulder and worked on a fine arts career. She studied classic portrait and figure painting, and attended a weekly figure painting group for 15 years. Her watercolor and oil paintings hang in private collections around the country. She was also a member and president in the Boulder Writers Club, a prestigious writers' group with juried membership for published authors.

Luana was a member of the Color Marketing Group for 15 years, and has traveled around the world as a speaker, giving power point lectures on design and color trends. In the last several years she has lectured in Thailand, Japan, Italy, Australia, New Zealand, Russia, South Africa, Mexico, France, England and Canada.

Over the last several years, she has worked as a curator and juror, organizing the "Love Your Mother" and "For the Love of Gaia" exhibits. Her art quilts have been displayed at the United Nations in Geneva, NASA in Houston, and the Library of Congress in Washington DC, in addition to many museums, galleries, and quilt festivals including the Houston Intl Quilt Festival. Her activist quilt "Rocky Mountain Poison" was acquired by the International Quilt Museum in Lincoln Nebraska in 2020.

Luana has been a licensed designer for Robert Kaufman Fabrics and Timeless Treasures and has curated fundraiser collections for SAQA with Andover Fabrics. She is a consultant for textile and surface design, and color trends, advising US and international companies.

Luana's quilts, wearable art and bio articles have appeared in many magazines over the years. She has appeared many times on Quilting Arts TV and Fresh Quilting on PBS. Luana is a Bernina Ambassador, and  a 2003, 2004 and 2008 Bernina Fashion Show designer. Her garments can be seen at:

She has traveled to 49 countries, and continues to travel to quilt festivals around the world. Luana has also hosted international tours to many countries, most recently to Cuba, and Polar Bear tours to Churchill Canada. She also travels related to eQuilter's charity program, including a trip as a photographer for cleft lip/palate surgeries for indigenous children in Guatemala. In 2016 her art quilt "Rocky Mountain Poison" on the topic of water contamination, was exhibited at the United Nations in Geneva, and a US Embassy exhibit in Rome.

eQuilter's charity program has raised over $1.9 million as of January 2023, and eQuilter has helped to organize and distribute over 17,000 donated quilts for disaster relief, orphans and cancer patients. Luana has served on the development committee for the Boulder Philharmonic, and eQuilter also supports local education and music programs. In 2014 she was invited to meet President and Rosalynn Carter, in recognition for eQuilter's charity work. In 2010 she received the President's Volunteer Service Award (PVSA), and in 2008 she received the Michael Kile Award from the quilting industry - a lifetime achievement award - in recognition for her charity work. eQuilter was named as a top Woman-Owned Business in the Boulder Daily Camera many years in a row. (eQuilter is co-owned by Luana and Paul Rubin).

In 2023 Luana's focus is on Art and Activism, and she is speaking and collaborating on this topic with non-profits who also recognize that the arts are a powerful vehicle to express ideas as an activist. At a time when so many of us are concerned about the state of the planet, she is working to empower others to speak up and have a voice to benefit others. She is currently working on future collaborative projects with the Endangered Species Coalition and the Wild Foundation. She is available to speak on this topic "Art and Activism" to quilt guilds and non-profits.

Now Luana and Paul live next to the Celestial Seasonings herbal tea factory. When the windows are open, it smells like the tea flavor of the day! 2 Golden Retrievers and 3 Rescue Cats also share this vegetarian household. The flower garden in back is packed with perennials, bulbs, flowering bushes and trees, which are an endless inspiration for Luana's paintings and textile designs. The home's basement was the birthplace of eQuilter in March of '99 ... a true American success story. 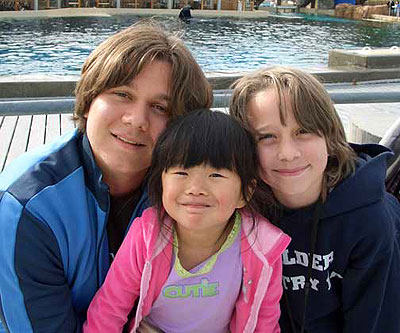 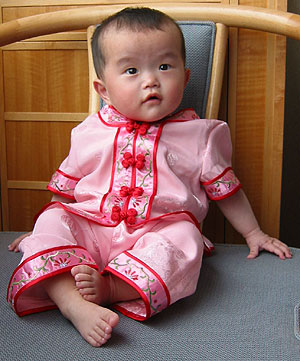 For recent photos of Sophie as she grows, click here.

Previously, Paul was VP at Tel-X corporation, a $5 million manufacturer of precision prototype and production machinings and stampings in the Detroit, Michigan area. There he supervised quality control, sales, office staff, and 35 journeymen and shop employees.

Paul graduated from the University of Michigan in 1982, with Phi Beta Kappa and Gold Key awards. You can visit his personal web site, Palindromic Paul's Home Page, hosted on Nyx.net, the free (by donation only) internet shell provider for which Paul is also webmaster.

"Thank you so much for the great service - I recommend eQuilter to all my quilting friends!"

"Thank you so much for all the beautiful fabric which I order from the other side of the world. Your website is easy to use and the colours are very accurate. Thanks guys. Liz"

"I am still amazed at how easy it is for me to "navigate" your website! (my computer skills are minimum) Much more than lots of other websites!! Thanks for making it easy for me to..."

"Just have to say how wonderful this company is! I have ordered for a long time and NEVER have I been disappointed! If I ever need a specific fabric they always have what I need and..."